Samarth graduated from Fern Hill confident that, if he wanted to learn something, he knew he could. Through a combination of in-class and online sources, Samarth is completing his high school education while also exploring opportunities well beyond the average classroom. We are very proud to see one of our grads taking on challenges and being recognized for his innovative thinking. 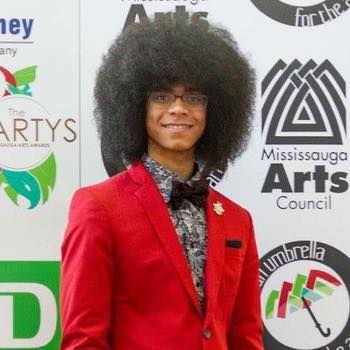 While at Fern Hill, William entertained us with his incredible musical talent which also gained him a position as First Trumpet in the Toronto Symphony Youth Orchestra. Now a graduate, William continues to play and shared with us his plans for his university career.

“Thanks to Fern Hill, I entered high school already having four high school credits, which helped to put me in the position where I will have enough credits by the end of grade 11 to graduate from high school. Therefore, that is exactly what I plan on doing. March, 2016 was an exceptional month for me. I had the honour of playing at a masterclass conducted by one of the world’s top classical trumpeters, Häkan Hardenberger. A week later, I traveled to Eastman School of Music in Rochester, NY, where I performed in a masterclass with their classical trumpet professor, James Thompson. I also had the opportunity of sitting in a masterclass conducted by Mark Gould, the classical trumpet professor of Julliard School of Music, playing an unreleased S.E. Shires trumpet prototype, and attending a Baroque trumpet masterclass conducted by Brian Shaw, the classical trumpet professor of Louisiana State University. All three professors greatly admired my playing. In fact, Mark Gould took me out to dinner and we exchanged phone numbers. My goal is to go to both Eastman and Julliard for my B.A., Masters and PhD. Professor Thompson suggested that I attend Eastman first, as he will be retiring in five years. He is suggesting that I try to get a full scholarship, but in order to do that, I need to have straight As next year (90%+).” 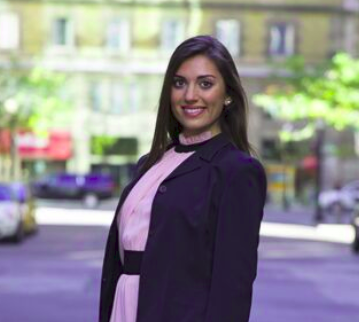 Mary graduated from McMaster University in 2014 with a Commerce degree and is currently completing her CPA with Deloitte. Mary has continued the service focus she learned at Fern Hill by mentoring first year students in McMaster’s Commerce department and she is currently starting an organization designed to mentor young women to inspire and empower them.

“Fern Hill was a foundation and pivotal point in my life. The school  and its leadership taught me how to believe in myself and my ability to follow my dreams”. 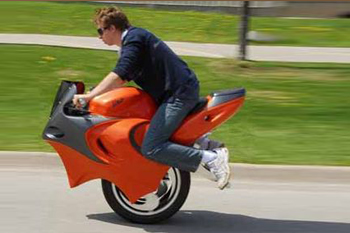 Ben Gulak – Inventor
After finishing at Fern Hill and in the summer before his last year in high school, Ben Gulak went to China with his parents. Growing up in the small city of Milton, Ont., he was shocked by the transportation challenges facing China’s high-density population. The movie An Inconvenient Truth had just been released. “News stories about the impact of global warming were everywhere. And 100,000 new cars were hitting roadways in China every day,” Gulak recalls.

Gulak came home inspired to create a clean and compact vehicle. He knew that to be marketable, green vehicles also needed to be cool. “Cars and vehicles are style statements,” he says. He brought together the appeal of a motorcycle and the technology of a Segway to create the Uno, a motorized unicycle that accelerates when the rider leans forward and has a control system that automatically keeps the rider balanced.

The Uno was presented at the 2007 Intel International Science and Engineering Fair. “People went crazy for it,” Gulak recalls. “There was something about the aesthetics of the UNO that captured the imagination.” Popular Science Magazine named the Uno Invention of the Year. The deal Based on the success of his prototype, Gulak was invited to be on Dragons’ Den. Just 18 years old at the time, Gulak didn’t even have a business plan when he made his pitch. Even so, the five Dragons loved him, and loved the concept even more. Gulak asked for $1.5-million for 20% of the company. He got $1.25-million for 20% – $250,000 from each dragon.

Ben went on to found the Massachusetts-based company BPG Motors, which has also developed a design for the DTV (dual-tracked vehicle) Shredder, a portable all-terrain vehicle with the handlebars of a Segway and treads similar to those of a tank. We’re proud that Ben is one of our incredible alumni. 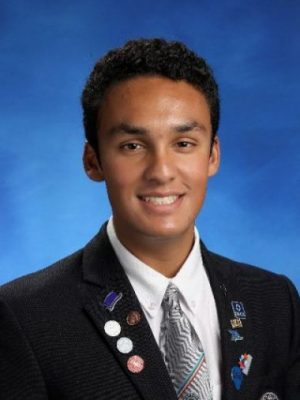 Imagine being admitted to a prestigious Canadian Medical school before even finishing high school. The Queen’s University Accelerated Route to Medical School (QuARMS) has been offering this exclusive and unique opportunity to  only 10 exceptional undergraduate students each year since 2013.

“I can’t imagine a more coveted offer to an Ontario undergraduate,” said Kabir’s University Placement Director, Mr. David Huckvale. “There’s not another program like it in Canada.” After two years in QuARMS, Kabir will transition to Queen’s Medical School and be well on his way to an MD.

Kabir Walia first expressed an interest in pursuing medicine in Grade 6 while studying the body systems in science class. He was fascinated by the cardiovascular system and how it worked. When his parents enrolled him at The Country Day School in King for Grade 9, he wasted no time immersing himself in the sciences with a laser like focus across all subjects, as well as a wide range of extra-curricular activities. 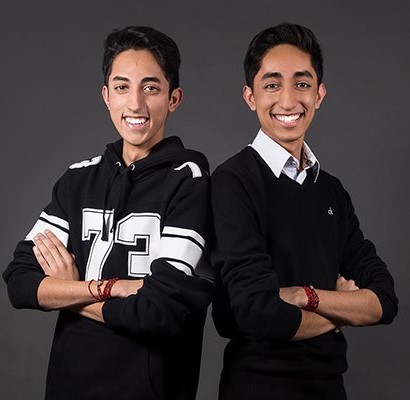 In 2012, while attending Fern Hill, Vishal and Ishan Vijay witnessed extreme poverty first hand on a family trip to India. They were inspired to try to make a difference and when they returned home, they set their mind on a service project to help children in Canada and throughout the world. This project has evolved into EveryChildNow  a national, youth-run, non-profit organization (based in Oakville, ON) that fights for children’s rights through development projects, campaigns and events. With school clubs from B.C. to Nova Scotia they have raised over $50,000, collected over 30,000 school supplies and helped thousands of children.

Graduating to high school at Oakville Trafalgar Secondary School, the boys continue to inspire students across the country to create similar service projects in their own schools. They have presented at Me To We Day celebrations and have been interviewed by many publications. 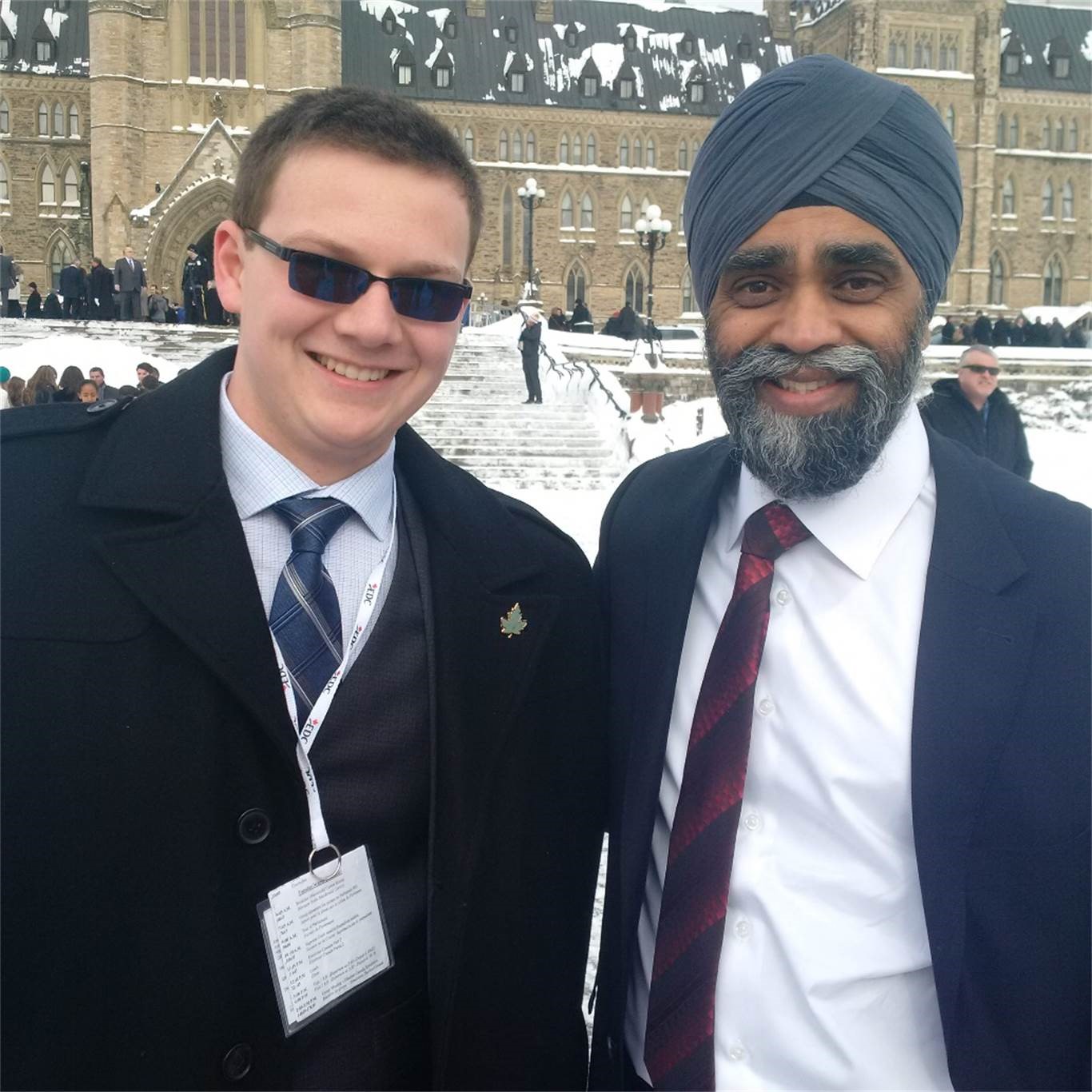 Andrew is heading off on a scholarship in September 2016 to the University of Ottawa where he will study Public Policy which he hopes will lead into a Law degree and possibly a career in politics. Andrew recently had a wonderful opportunity to participate in the Forum for Young Canadians which allows students to spend a week in Ottawa on Capital Hill. While there, Andrew had the opportunity to meet many senior politicians including Minister of National Defence, the Honourable Harjjit Sajjin as seen in the photo above. The highlight of Andrew’s visit to the Hill was meeting Prime Minister, Mr. Justin Trudeau and asking him a question about his plan to have youth engaged in new Federal Policies over the length of his mandate.  Andrew was pleased with the Prime Minister’s answer which was, “It is not about just making sure youth issues are highlighted in all Ministers’ reports. We need to make sure you have a say in what this country will do in the future. If we want to grow and improve this country we need to have youth onside today. You have great ideas and views on the distinct projects and I will be your voice in Ottawa. For too long Ottawa has left you behind because you did not vote but I will tell you we want your say so we leave our country better than what we came into. I am not afraid to fight for you in Ottawa.” 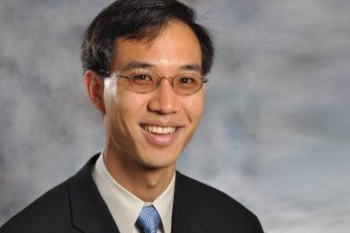 Derek Chiang – Award Winning Cancer Research
Derek headed to the University of North Carolina where he did his undergraduate degree in Biochemistry and then a PhD in Molecular and Cell Biology at the University of California – Berkeley, where he was a Howard Hughes Medical Institute predoctoral fellow. He completed a post-doctoral fellowship at the Broad Institute in Cambridge, Massachusetts. He returned to UNC as a Professor of Genetics and doing research on on computational tools to interpret the changes in tumor genomes, with the goal of understanding the genetic changes that cause cancer. He hopes that his research will help identify targets for individualized cancer therapy. Derek is currently working as head of the lab at the Novaris Institute for BioMedical Research in Boston. 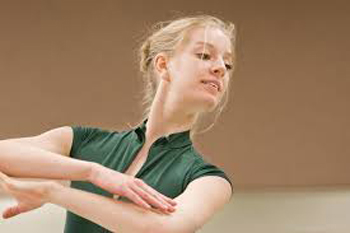 Sarah began dancing at a young age, and while in school was accepted into the Professional Division at Canada’s Royal Winnipeg Ballet School. While at the Royal Winnipeg Ballet School she appeared in company productions such as The Nutcracker and Sleeping Beauty. In 2008 Sarah was honoured with two jury awards for her original choreography for the student competition “First Steps”. After graduating in 2009 Sarah continued her training in Washington, DC, and performed with The Washington Ballet in Twyla Tharp’s Push Comes to Shove and The Nutcracker. Sarah has trained at the National Ballet School, Rosella Hightower School in Cannes, France, Ellison Ballet in New York City, and with the Corella Ballet in Segovia, Spain. Sarah currently dances with Canada’s Ballet Jörgen and is one of our proud Fern Hill alumni.